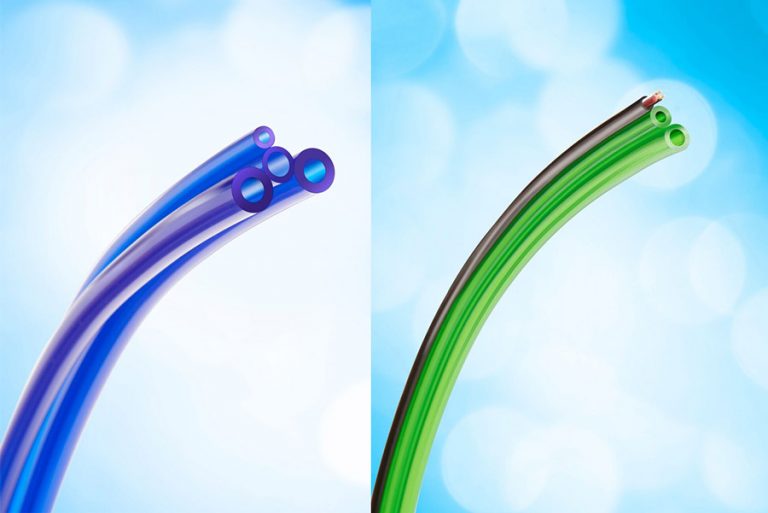 Paratubing consists of multiple single lumen PVC tubes longitudinally joined together during extrusion.  These tubes can be joined by solvent or thermal processes, and provide distinct fluid or gas transmission paths.  Each path can be peeled for attachment to the requisite medical device or equipment, such as those required for suction and irrigation applications.  These co-joined tubes avoid clips and ties that are commonly used to organize multiple individual tubes used in fluid and gas transmission devices.

Medical PVC paratubes can be produced with up to six distinct fluid paths.  Each path can be custom colored or striped to distinguish the flow path. Standard PVC and non-phthalate PVC tubing is available to meet every medical device application.

Speak to a Representative